I logged into the mataroa admin dashboard today and the realisation of my hate for something arose. 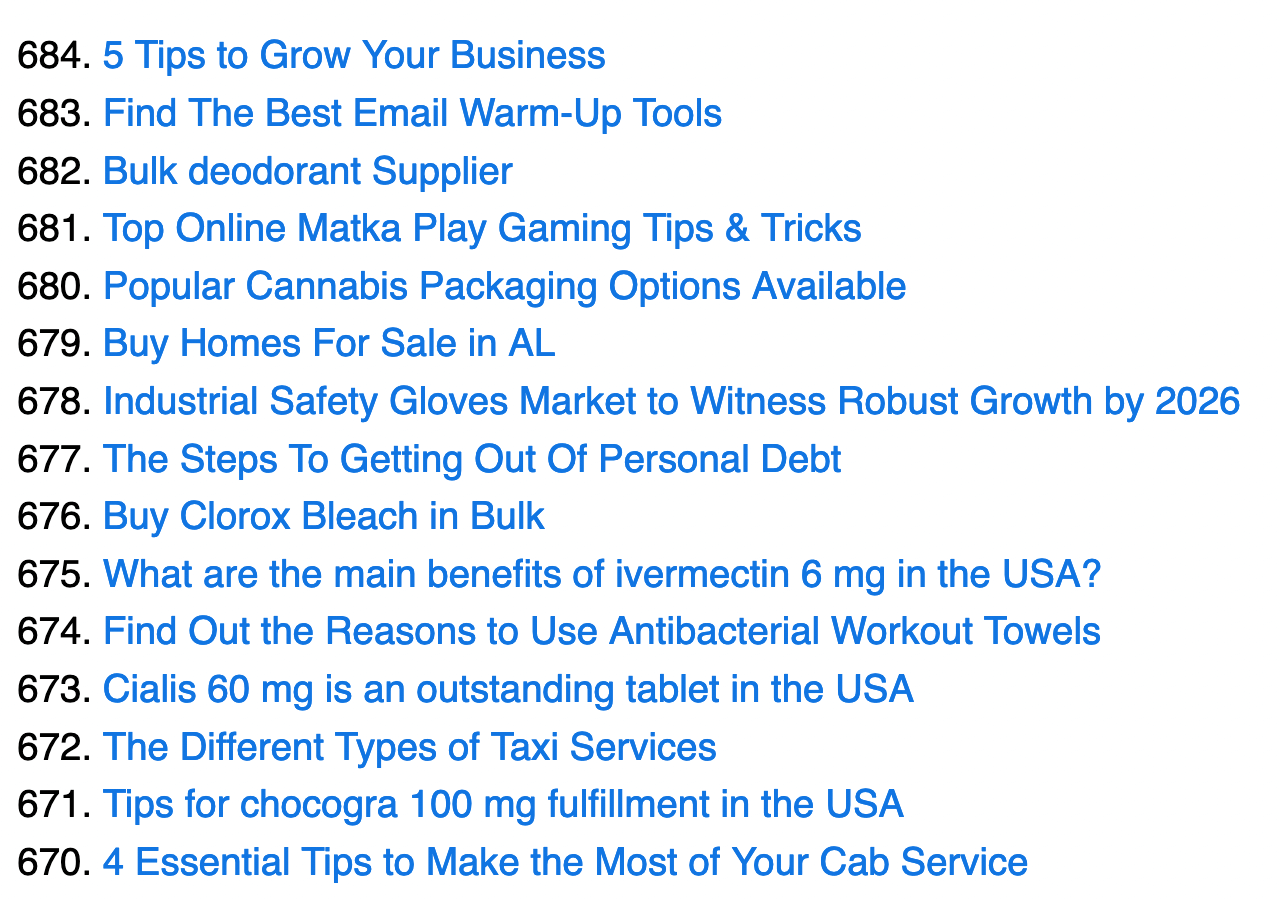 How do you call this? Something something SEO, something economic growth, consumerism, capitalism, materialism. I hate it regardless the name.

Thus, after a meeting with myself and a few days of letting the thoughts mature, I have decided to purge all these blogs from Mataroa. Let them be obliterated completely, become zeros—let the B-tree which point to them became deciduous!

I had noticed these kind of blogs since the launch of mataroa, of course. Yet, they did not bother me until recently. Why do I operate a blogging platform that contributes negatively to the real-people spamless open web? Why would I be—even partly—responsible for the centuries of cumulative torture inflicted upon humanity to find squares with buses and traffic lights?

I was thinking that it would be hard to delete them because then I wouldn’t know where to draw the line. I would become someone who decides who gets space to say what they want and who doesn’t. But no, not really. The web is endless. They can even clone the open source mataroa repository and make their own instance. It’s just that I don’t want to be the one who facilitates this.

Registrations are closed. I’ll keep them closed until I build the moderation functionality that emails these blog “authors” an export of their hateful words and then annihilate them from Hetzner’s ext4 filesystem.

Until then, no more cialis in the new users dashboard, no more antibacterial workout towels, and no more fucking tips to grow my fucking business.